Blues In The Schools

Live with The Checotah High School Band of Checotah, OK

Workshops and Blues In The Schools

I have been performing and teaching guitar since 1973. My course approach specializes blues guitar workshops and the Blues In The Schools program. My success in teaching through the years is placing the emphasis on enjoyment while teaching students about the origin of blues music, the only true original American music art form. My mission statement is one of striving to preserve this music art form by way of presenting simple, yet informative stories through words and music during certain specified sessions. Since I tour extensively in the U.S., I try to coordinate these sessions with my travels.

BELOW: Photos From Roger’s Blues In The Schools Session 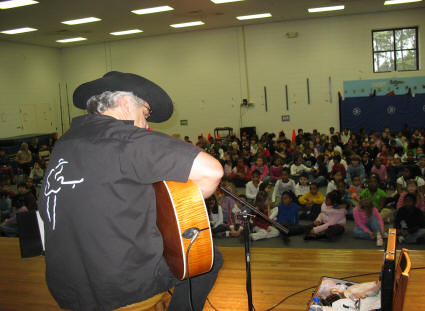 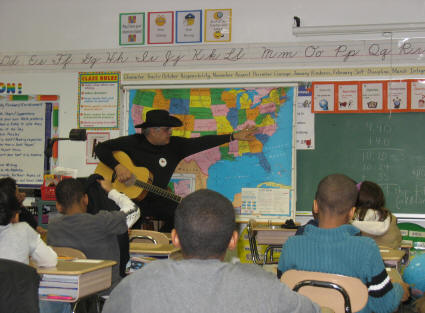 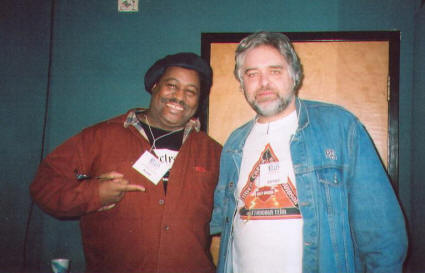 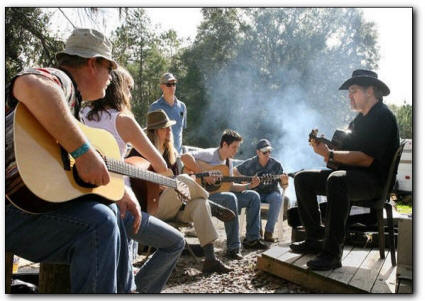 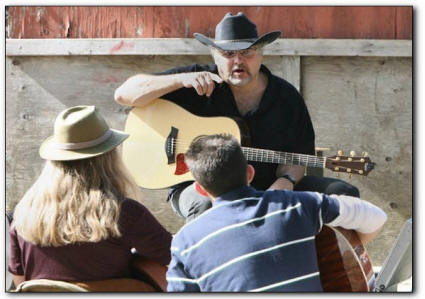 It was just about 50 years ago in 1963 when Roger, barely 10 years old at the time, took his first guitar lesson and since then there’s been no looking back. Over the last 40 years, Roger’s involvement has reached into pretty much every aspect of the music business. Being a musician, a singer, a songwriter, a record label owner/operator, an advisory board member of the Georgia Music Industry Association, an International Blues Competition judge, and having 40 years of broadcasting experience on TV, radio and the Internet, finding something in the industry he’s not familiar with would equal finding the needle in the haystack. On top of all of that, for the last 10 years, Roger has been involved with one of the strongest tools that exist in the efforts of keeping the blues alive and that’s educating young people about the genre. Through his involvement with the Blues in the Schools Program, he does just that. If I may, I would like to tell you about two personal experiences I have had with Roger and his educational endeavors.

In 2006 while attending the “Springing The Blues” festival in Jacksonville Beach, FL, I was one of the thousands of people witnessing Roger being given the Key To The City for his participation in Blues In The Schools in Jacksonville area schools during the week of the event.

Additionally, while emceeing the 2012 Amelia Island Blues Festival at Fernandina Beach, FL, it was my honor to introduce Roger Hurricane Wilson and the Fernandina Beach High School Blues In The Schools Band and then watch them put on one heck of a performance. The look on these kids’ faces, while playing in front of a large festival crowd with Roger, was priceless. Again, during the week of the event Roger had been not only rehearsing with the boys and girls but educating them about the genre as well.
Peter “Blewzzman” Lauro
www.Mary4Music.com

Please buy this CD and give these kids a listen. You won’t regret it. An opportunity like this when I was in school was unimaginable. Just send $10.00 via Papal to to roger@hurricanewilson.com and we’ll pay shipping.

Blues in the Schools brings music history, performances to classroom

(JACKSONVILLE BEACH, FL) – Although Blues music originated from extreme hardship and oppression experienced by African-Americans after the Civil War, Roger “Hurricane” Wilson has a knack for helping today’s students feel the blues.

“I’ve asked them to picture themselves in a large cotton field with a searing hot sun beating down on them, knowing they’ll have to work that field all day, bent over without a break,” said Wilson. With the image in mind, Wilson may belt out a work song or “holler” that many say is the precedent for the Blues.

From April 2-5, students in several beaches area schools will get that experience. Wilson is a volunteer educator for Blues in the Schools, an interactive program established by the Blues Foundation designed to teach students the history and evolution of the Blues through performance and stories. The program is made possible by George’s Music Springing the Blues Festival, held annually at the Seawalk Plaza in Jacksonville Beach. This year, the festival will be held April 6-8.

Wilson takes kids through the history of the Blues by performing songs or melodies of many styles, among them Delta, Chicago, Memphis and Piedmont. “You could give kids all kinds of stats and dates for a history lesson,” said Wilson. “But actually hearing and experiencing a live performance is much more fun and lasting,” he added.

Wilson hopes the performances leave kids with an appreciation for the Blues. “I hope the music is something they carry with them,” Wilson stated. “It’s what America is about.”

Wilson’s love for music began when he was nine years old, when he began playing the guitar. As he grew up in New Jersey and Atlanta, Wilson’s musical interest was influenced by the sounds of Otis Redding, Wilson Pickett, Eddie Floyd, Booker T & the MGs and B.B. King. After graduating high school, he took a job teaching guitar in a private studio, eventually taking over the business. Wilson began playing professionally in 1972 and over the years has jammed with Stevie Ray Vaughn, Les Paul, Albert Collins, and Charlie Musselwhite. He’s played shows and festivals with B.B. King, Buddy Guy, Little Milton, John Mayall, Delbert McClinton, Taj Mahal, Savoy Brown and Leon Russell, among others. Wilson has released 7 CD’s, and is currently working on his 8th.

Wilson is scheduled to play George’s Music Springing the Blues Festival with his band on Friday, April 6 at 5:30 on the West Stage and Saturday, April 7 at 1:30 on the Main Stage. He will perform a solo acoustic set on the West Stage on Sunday, April 8 at 12:30. For more information on Roger “Hurricane” Wilson or the festival, go to www.springingtheblues.com.

Powered by WordPress and WordPress Theme created with Artisteer.